Croatia is willing to help Kosovo in its efforts to transform its security forces into a regular army, Defence Minister, Mario Banozic, said on Friday.

After meeting with Kosovo Defence Minister, Armend Mehaj, in Zagreb, Banozic told reporters that the talks with Mehaj were “an opportunity to point out the importance of (turning) Kosovo’s security forces into a regular army.”

“The cooperation in this process will reinforce the connections between our countries in the political, military and economic sense,” Banozic said.

So far, 60 members of Kosovo Security Forces have attended military education in Croatia. Furthermore, two helicopters and 34 soldiers Croatian Army soldiers are currently deployed in Kosovo as part of the NATO-led KFOR mission. Banozic also announced that Croatia’s KFOR contingent would increase to 150.

“We can achieve regional security and stability only if we cooperate,” Mehaj said. 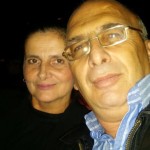 No chance of ICJ ruling against Serbia for genocide in Kosovo